We arrived in Quito early Friday morning (3AM!) and after 4 days in the jungle, we decided to splurge and stay at the Marriott.  Climbing into a luxurious bed that night/morning was the best feeling in the world!

Quito is a very nice city... they have a charming historical section (Old Town) and it was the first city designated as a UNESCO World Heritage site.  Friday afternoon, we hired Gustavo, a driver to give us a tour of the city.  Gustavo was great at giving us information about the city, while also taking us to the best spots - including the main squares, amazing churches, past the president's home and up to the top of the city for stunning views!  Gustavo also gave us a great recommendation for dinner at Lo Nuestro, a restaurant specializing in Ecuadorian cuisine.  So delicious!

On Saturday, we decided to have a 'chill' day and take advantage of the amenities at the Marriott.  Tenille went to the spa and enjoyed the hot tubs, sauna and steam rooms, while Michael relaxed by sorting through pictures and catching up on some reading.

On Sunday, we hired Gustavo again to take us to Otavalo, the famous market.  Otavalo is about 2 hours or so outside of Quito.  It was a beautiful sunny day and we very much enjoyed the drive, listening to great music with the windows down.  It was really nice to see some of the Ecuadorian countryside and drive through little towns along the way.  Along the way, we passed several greenhouses and learned that the region is famous for its flowers (many of the flowers are exported).  There were times along the drive when all you can smell were flowers - so nice!

The Otavalo market wasn't too crowded, so we meandered through the stalls, looking at lots of artisan crafts, blankets, art, sweaters... you name it, they had it!  Tenille bought a Panama hat (which actually didn't originate from Panama but from Ecuador!).  After the market, we drove to a nearby town that is famous for it's leather goods.  We could have easily filled several suitcases with the many beautiful (and very reasonably priced!) handbags, luggage, coats, etc.  If we weren't traveling for several months, we probably would have!  We found this AMAZING chair and would have loved to have purchased it... but the cost of shipping it home would have been outrageous.  We took a picture of it instead. :)

We're now staying at Hotel Patio Anduluz - an old colonial building that has been restored as a hotel in the old part of the city.  Our room is 3 floors, which all open up to the centre courtyard!

Our plan for the next day or so is to book our trip to the Galapagos Islands.  We hope to get a tour that leaves early this week - fingers crossed! 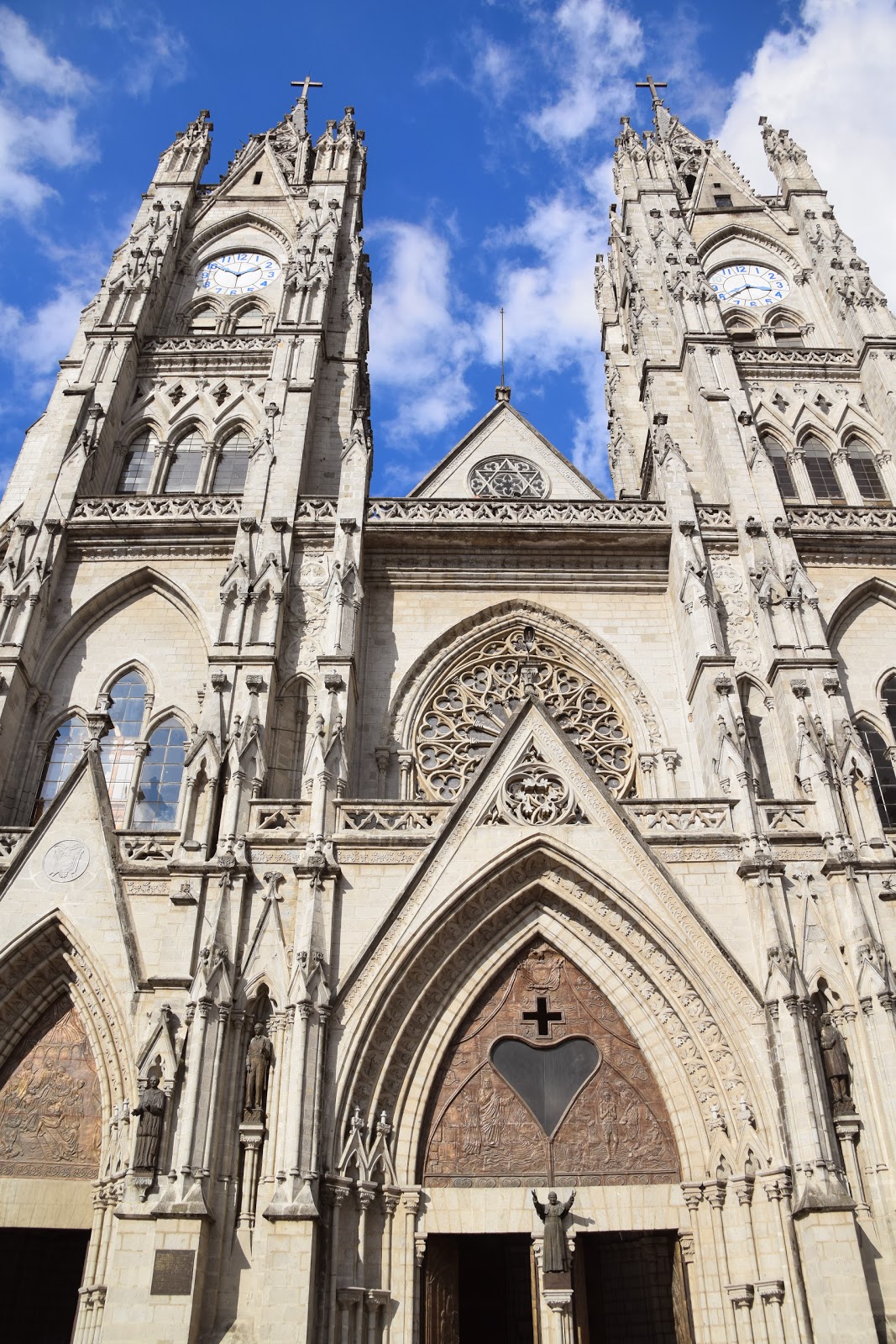 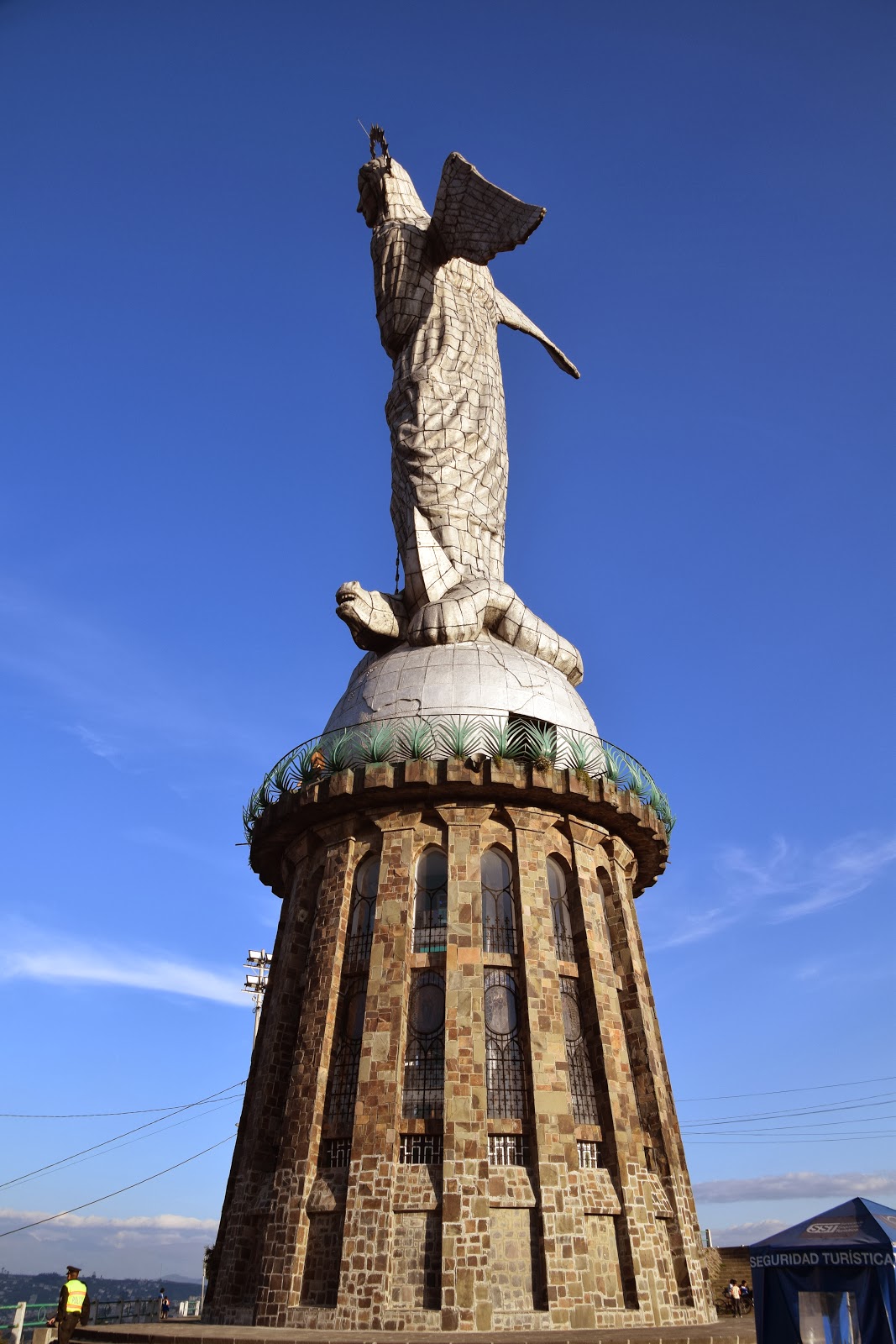 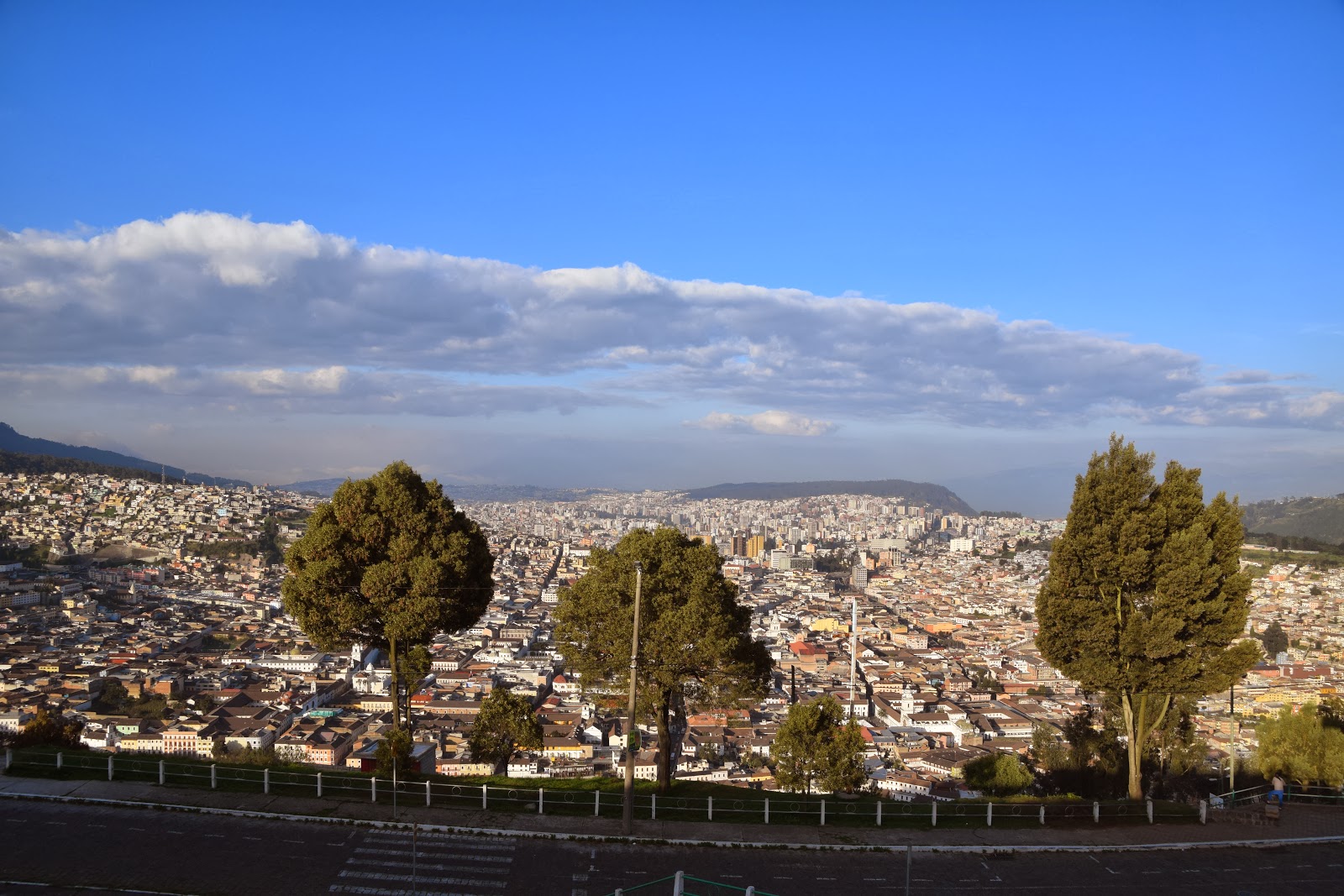 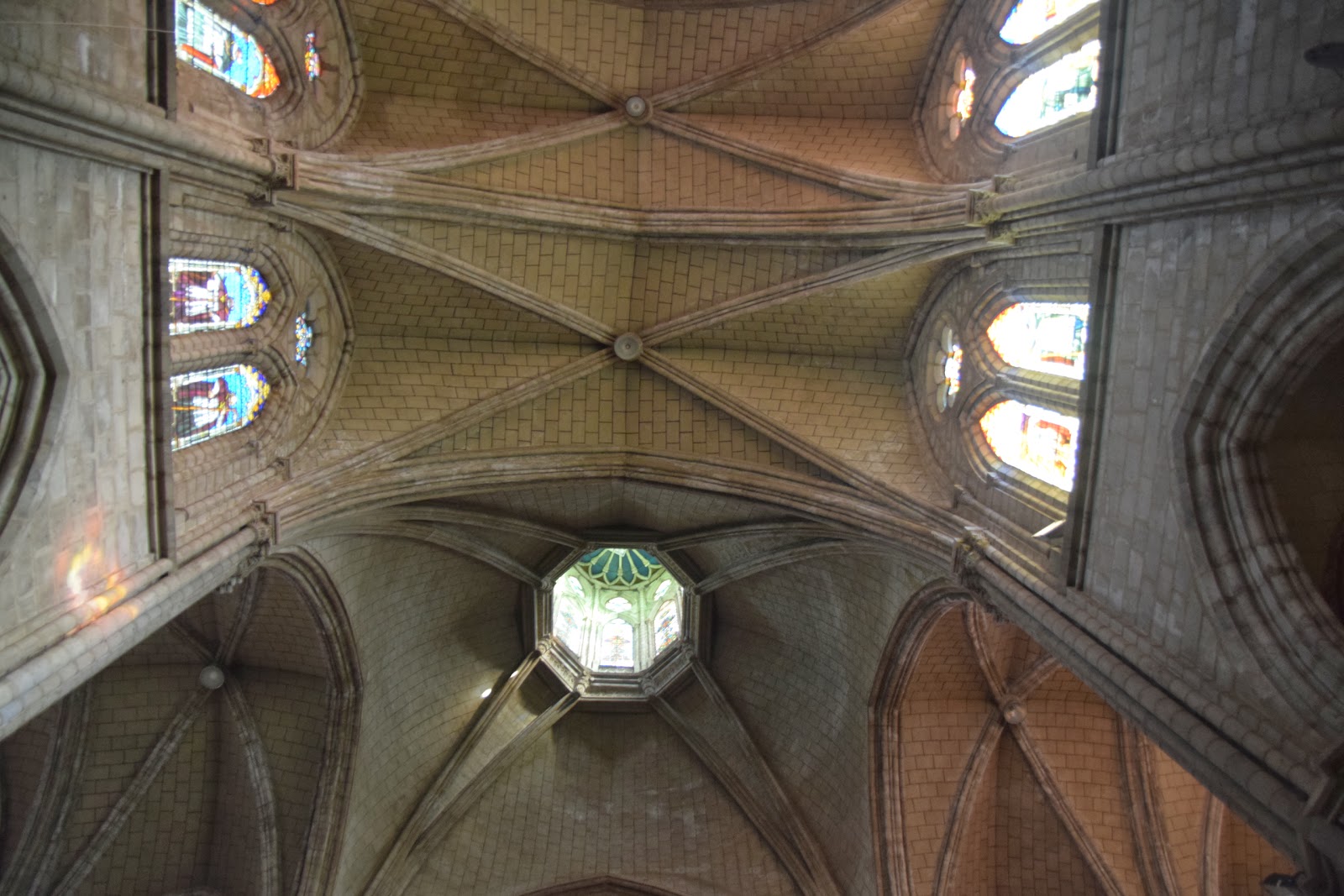 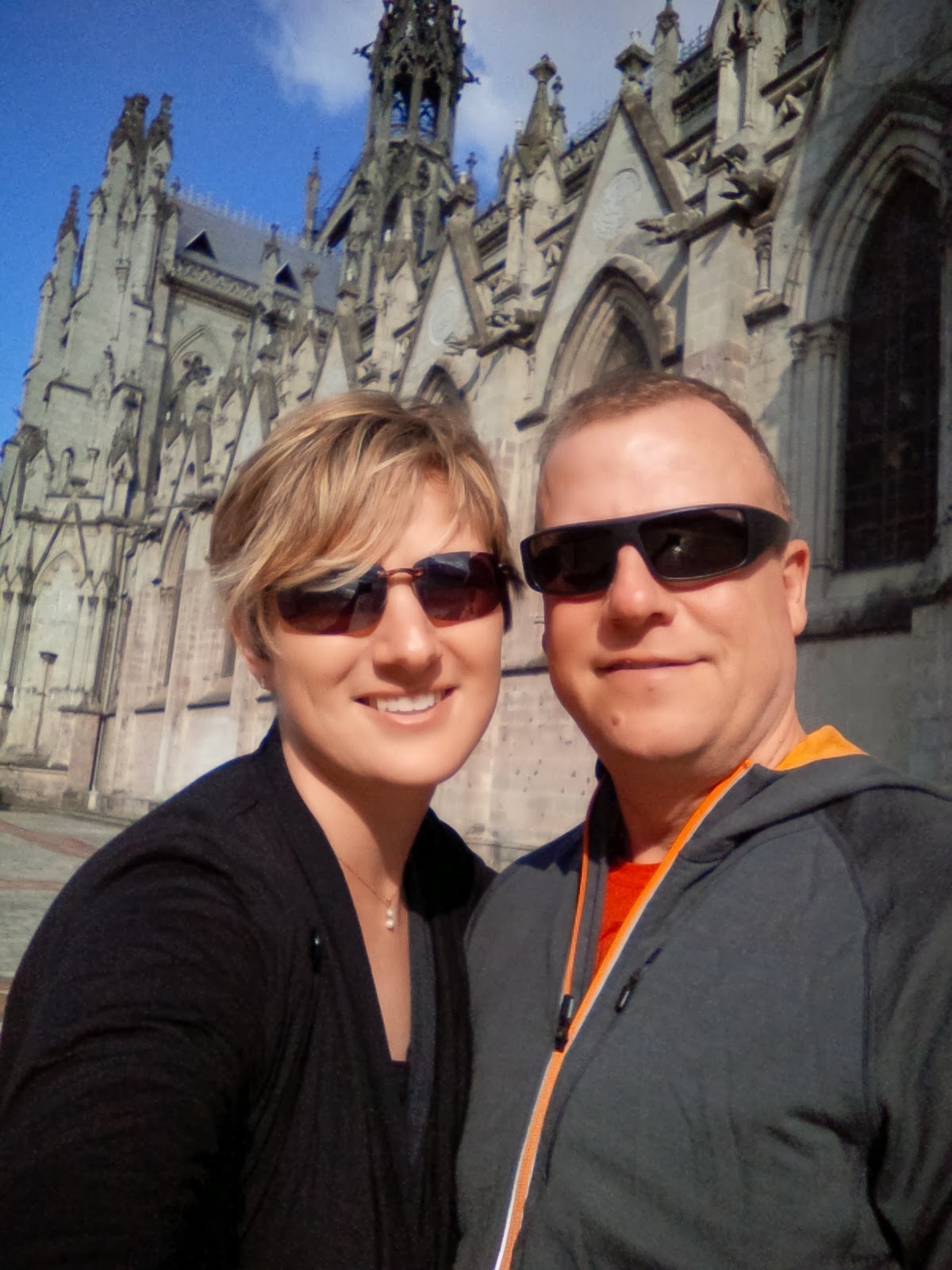 Posted by Michael and Tenille at 9:13 PM

About Michael and Tenille

Michael and Tenille
Michael and Tenille decided to take a career break in 2014 to follow their dream of traveling the world (or as much of the world as possible on their budget!). Both have an adventurous spirit - always willing to try new things and different foods. When not traveling, you can often find Tenille in the kitchen, trying new recipes or working with ingredients picked up from the local farmers' market. Michael is often found enjoying Tenille's cooking. :) Michael is an avid photographer and often can be found learning about the latest technology.